I spent one year in 1993-1994 teaching English in two Japanese junior high schools on the west coast of Japan as part of the Japan Exchange in Teaching program. I lived alone in a small town where I was one of a handful of foreigners, so I spent a lot of time alone, exploring the countryside near my apartment. I took many photographs during this year, and these drawings, done many years later, are based on some of these photos. Drawing in this way was a way for me to revisit these places, some of them so familiar to me during that time. 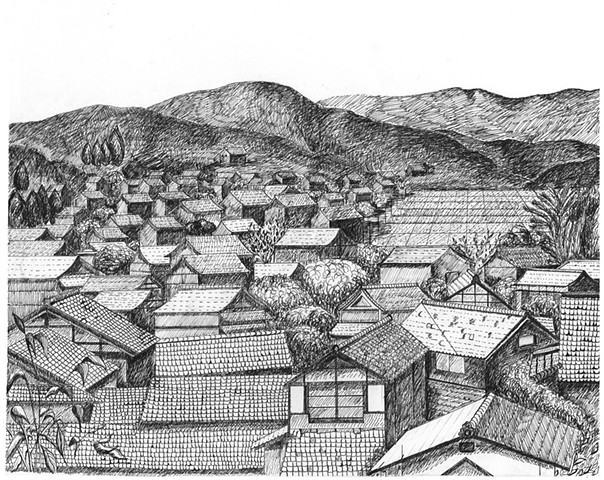 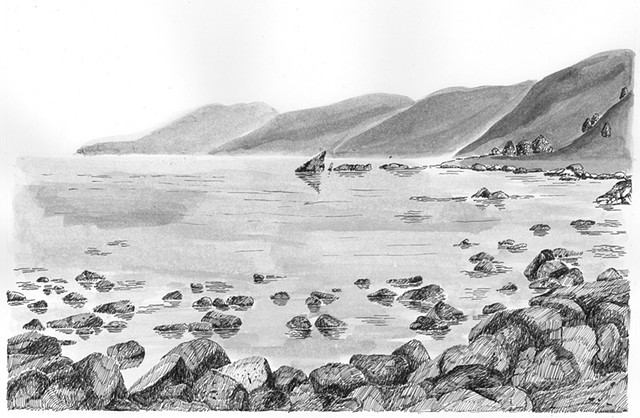 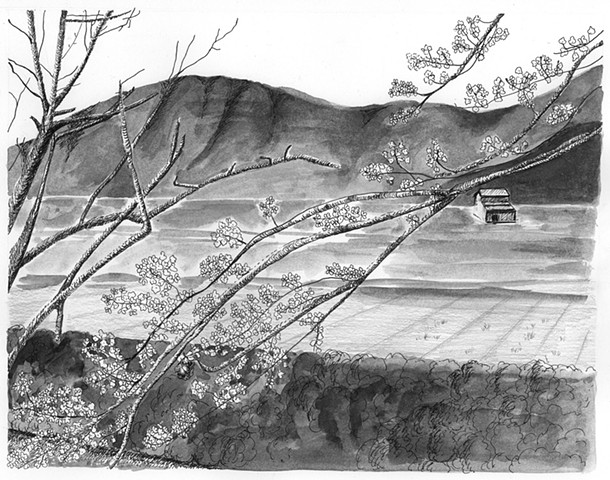 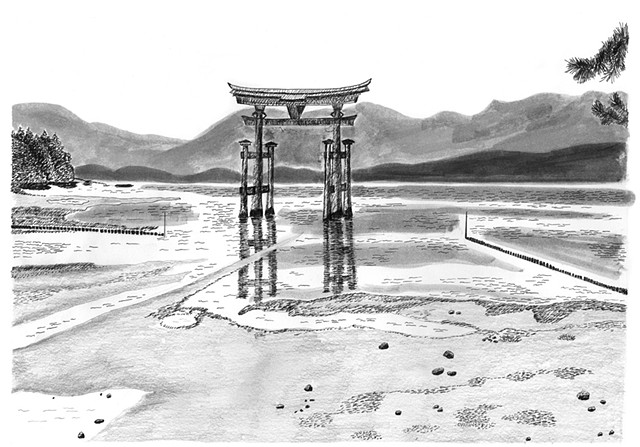 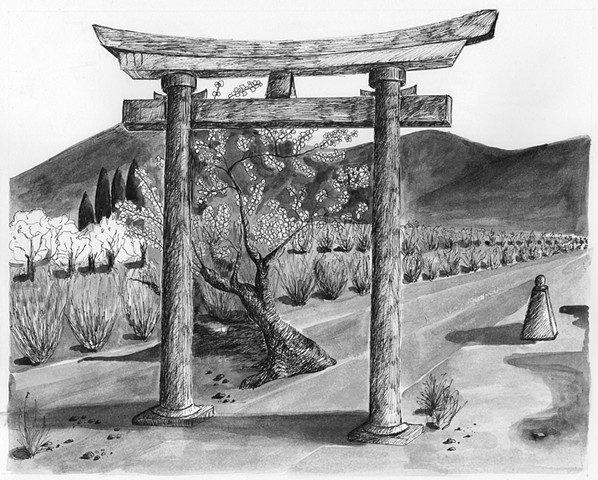 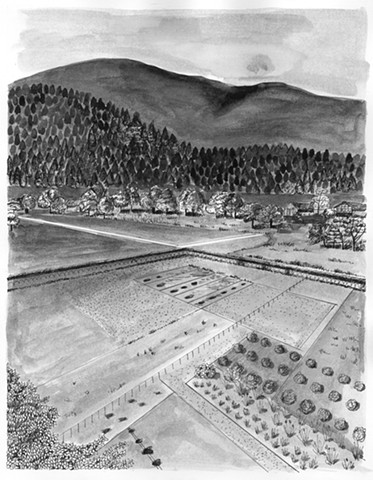